In general, there is a difference in the way that men and women exercise. Men tend to be more likely to do strength training or engage in team sports, while women are more likely to take fitness classes, do more cardio, and do things like yoga. These are, of course, just generalizations (and somewhat stereotypes) and there are many exceptions, but these overall trends do exist. 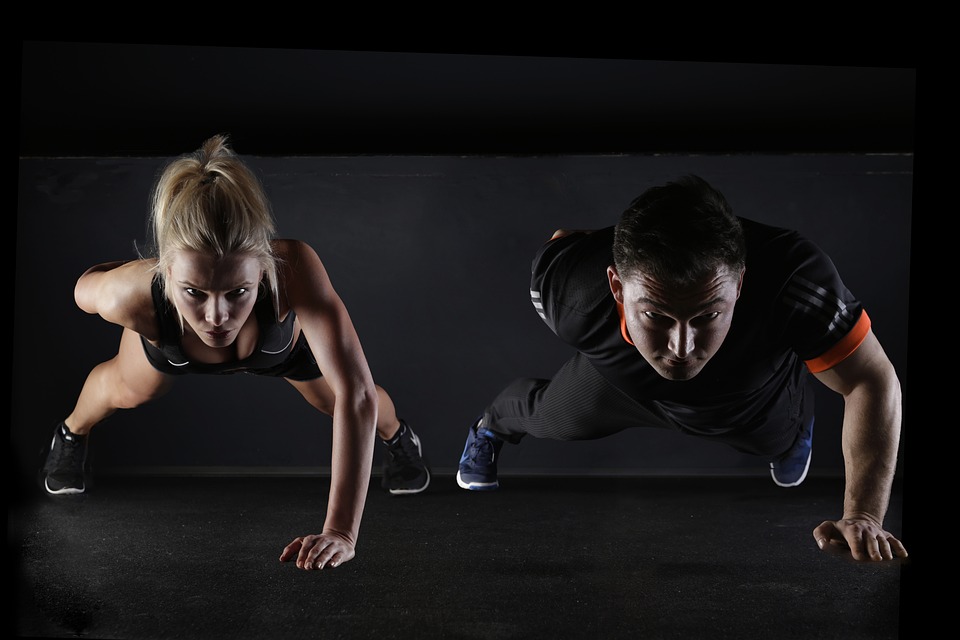 On average, men have a higher muscle mass than women and they build muscle faster when doing strength exercises because they have higher levels of testosterone. This may partly be because men are more likely to lift weights because their fitness goals are more to do with getting bigger rather than improving their overall health. However, it is also because of their testosterone levels being higher. This doesn’t mean that women are not able to build the same strength as men, but it does mean that the process may be slower, to start with. As women increase their muscle mass, that gap will close and they will start building muscle faster than men.

The areas where men and women build muscle the easiest are also different. As a general rule, men tend to build muscle in the upper body faster than the lower body. That’s great news because no one wants man boobs and building muscle in the chest and arms is the best way to prevent excess fat around the chest area. Women, on the other hand, tend to build muscle in the lower body faster than the upper body. So, women are better at strength exercises like squats while men will potentially be better at chest presses, for example. Again, this doesn’t mean that women cannot build upper body strength, it just means that they will find it slightly harder than men. When planning workouts, men should schedule more leg sessions to counteract the imbalance, and women should do the opposite, doing more upper body workouts.

Recovery is the most important part of your fitness routine. If you don’t give yourself time to recover properly, you increase the risk of injuries and you won’t see the results that you want. When your body doesn’t recover properly, it means that you are not as effective during your next workout, so your progress will be much slower. But it’s good news for women because they tend to recover faster than men. Women tend to have a lower rate of energy store depletion during a workout, which means that they return to normal energy levels faster. However, you still need a good recovery routine in place (eating right, taking rest days etc) regardless of whether you are a man or woman.

When resting, women usually burn more glucose (sugar) than men, while men burn more fat. But when exercising, the opposite happens. As a general rule, women will burn more fat than men during a workout. This is especially true when doing strength training or high-intensity interval training (HIIT) workouts. This means that women are likely to see faster results when following a fitness routine designed to reduce weight and tone muscle.

Men burn more glucose during a workout and the best way to replenish their levels is to eat a lot of carbs. That’s why it is advised that you eat a meal that is balanced between carbs and protein after exercise. However, that advice is not necessarily good for women. Women burn more fat and less glucose during their workouts, so carb intake is not important. Eating excess carbs can contribute to weight gain, so women should eat a more balanced post-workout meal with healthy fats and protein, and only a small amount of carbs.

Everybody is different and it’s important that you listen to your own body if you want to create a fitness routine that works for you. However, you should also consider these differences in the way that men and women respond to exercise.