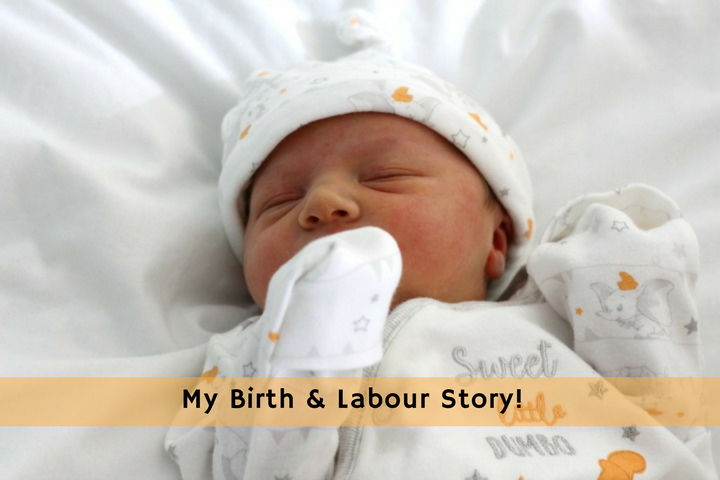 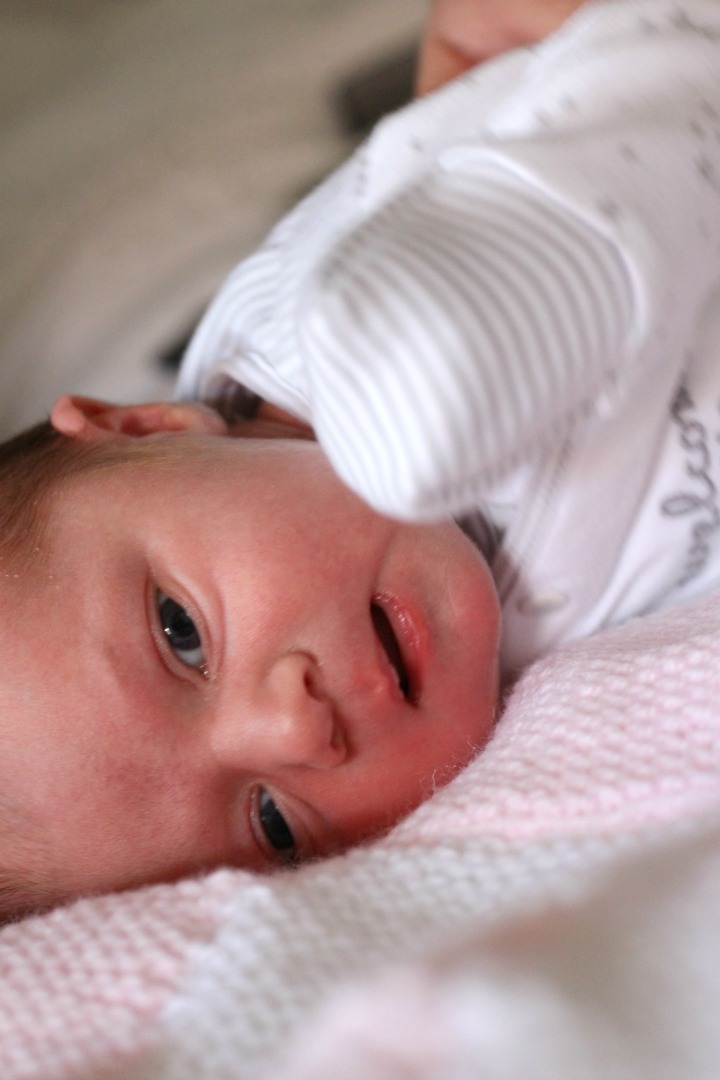 As soon as I found out I was pregnant the thought of reading birth stories or watching programmes like One Born Every Minute absolutely terrified me. I was unaware of what I was in for and to me that was bliss. Why is it though that when you tell people you’re pregnant they feel the need to tell you all about their horrific labour and birth? Being clueless about what was to come was the only thing getting me through my pregnancy, the last thing I wanted to hear was that it was going to be horrific and nothing to look forward to! In light of that it’s taken me a while to decide whether or not to actually post this blog post of my labour and birth story, but I know that a lot of people do find them interesting to read and now that I’ve given birth myself, I can’t get enough of them! Although this isn’t that bad a story though, if you haven’t given birth but are pregnant, believe me – you don’t want to read on – ignorance is bliss!!

I eventually went into labour on Saturday 2nd September of this year after a successful stretch and sweep on the Friday evening and after a morning swim and a stroll around Lacock my contractions started properly at around midday. To be honest, thinking back I probably had a couple of contractions spaced out whilst I was swimming and having a walk but they started coming around 15 minutes apart when we got home at around 12.30pm. At first I didn’t think they were even contractions because although it felt like I was getting mild period cramps, they were nowhere near as painful as everyone had told me they would be, but we started timing them and kept an eye for the next couple of hours. 4 and a half hours of bouncing on my birthing ball and playing Frustration later, they’d ramped a gear and were lasting around 50 seconds each and were coming around every 4-5 minutes. I wasn’t really that phased by them still, but phoned the hospital to let them know and then got up and had a shower, washed my hair and tidied around a bit to get things a bit more organised. I feel like I was far more chill at this point than anyone thought I would be – including me! Looking back at it now, I really can’t believe how relaxed I was even mid-contraction!

I finally went to the hospital at around 8pm and was sent home with only being 2cm dilated. I spent around another hour and a half at home and when the pain of the contractions started getting a bit too much for just bouncing on my ball and squeezing Steve’s hand we decided to head back in. This was at around 10.30pm and within about two hours they decided to fill up the birthing pool and let me sit in it to make me more comfortable. Long story short, at 3am my Mum came to join us and at 4am I was told I was still only 2cm dilated. I could have cried!! At 5am I had an injection of Pethidine in my thigh which basically relaxed my muscles a bit and slowed everything down a bit – it’s essentially a sedative and allowed me to have a couple of hours of ‘sleep’. I say sleep in inverted commas because I was still having contractions every 3 or so minutes, but I was semi-out of it and so didn’t really care as much or even realise I was having them. Poor Steve knew though as I still clamped down on his hand for every one! I came back around at about 8.30am and after a couple of hours back in the pool and having some Hypnobirthing coaching from my Mum (who is a qualified hypnotherapist) at 11am we were told that I was still only 2cm gone. I actually did cry at this point and as Steve, Mum and I were all so exhausted and seemingly getting nowhere we decided to go home for a bit to see if I could get any proper sleep in my own bed. I woke up about 2 and a half hours later screaming for someone to phone the hospital back as my contractions had gotten extremely intense and were lasting for about a minute and a half with only about two minutes in between.

We got back to the hospital at about 3.30pm (Steve, Mum and my Dad all came) and I was straight back in the pool after being told my labour had finally progressed to 4cm dilated – FINALLY  I was in ‘active’ labour and allowed the Gas and Air. OH MY GOD, Gas and Air is incredible!! I was so in love with Gas and Air. It made my contractions so much more bearable and made me feel like I was kind of getting a bit of rest / at least I wasn’t so worked up anymore that nothing was happening. I stayed in the pool the whole time (apart from a couple of toilet breaks – which are very interesting whilst having contractions / dragging gas and air with you) and 4 hours later at 7.30pm my midwife checked me for the penultimate time. I’d only progressed another 2cm in 4 hours so she broke my waters (not at all pleasant) and things really started to make a difference then! Within around 10 minutes I was already trying to push and although my midwife was telling me to try and hold back as I wasn’t fully dilated, I just couldn’t help it. Every part of my body was trying to push this baby out of me and that’s when the pain really started to be unbearable. I was doing nothing but breathing in my gas and air, squeezing Steve’s hand and shouting out for a C-section! I was determined that I couldn’t do it and wanted to give in so badly! Luckily, the birthing centre I was giving birth in had no way of giving me a C-section so I was all good (because I really didn’t want one at all) and I kept just breathing as much as I could (with Steve reminding me).

The midwives changed shift half an hour after I’d had my waters broken and thankfully it was someone that my Mum knew – I felt so much more comfortable knowing my midwife (I’d had 12 hours each to get to know my last two) and my body just kept trying to push. Pam had me out and on the bed for an examination shortly after she arrived (I think, timing is a bit foggy to me at this point) to make sure that I was fully dilated and actually allowed to push and thankfully I was! With plenty of painful contractions on the way in and out of the water I got back into the pool as quickly as I could ready to give birth. Obviously I’m not entirely sure on how long things really took as I was a bit preoccupied at the time, but from having my waters broken to actually having my baby, there was only about 2 hours in it. I must have been pushing for around an hour and a half or just over and the only way I can describe that was like trying to shit out a watermelon. It was horrendous and  it genuinely felt like she was coming out of my bum! Once her head was out though (which was most definitely the hardest part) and Pam had gotten the umbilical cord from around her neck, her body only took a few more pushes (from what I can remember). The next thing I remember is turning myself over to be sitting in the pool and having her placed on my chest and into my arms and then she sneezed! It was the cutest thing ever and not at all what I was expecting! She didn’t cry or anything and it was just so magical just being able to actually finally hold her.

It’s weird. At the time of actually having the moment I didn’t cry; my Mum, Dad and Steve all did having watched it all, but I didn’t. Sat here writing this post though, having Madison sleeping on the bed next to me, I’m welling up. I think I was so overwhelmed at the time that I didn’t really know what to do with my emotions. I was so drained after my 37 hour labour that all I wanted to do was sleep – can you really blame me though? Haha!

Madison Sarah Dean was born at 9.25pm Sunday 3rd September via a water birth and is absolutely perfect in every single way!

I know that all the way through my pregnancy and throughout my labour even I said I’d never do this again and never have another child, but honestly I’d do it all over again. It’s so true what they say about forgetting the pain almost instantly. I mean, it’s there in my mind but the intensity and the actual pain is completely gone. Madison is so perfect and the absolute love of my life right now and in the future (don’t get me wrong this won’t be happening for at least a few years) I’d love to have another baby! Right now though I am completely wrapped up in Madison’s little love bubble and can’t wait to watch how she grows!