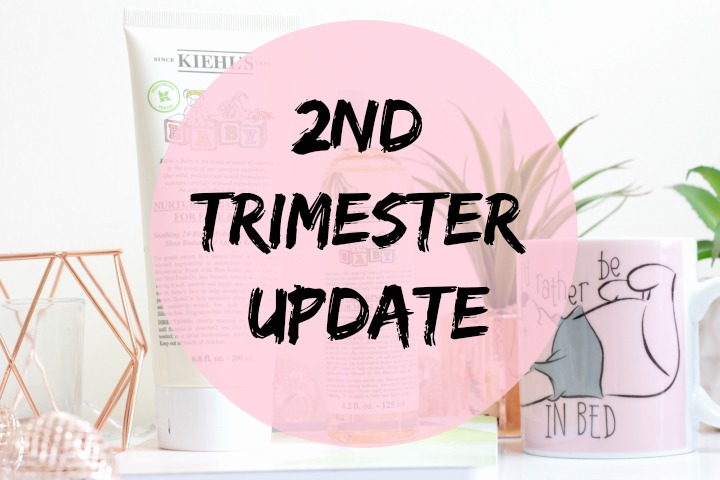 As I head into my third trimester I feel a lot more chill about this pregnancy… Ironic really considering this is the last couple of weeks where I probably should be freaking out that I’ll be responsible for an actual human child in a matter of two short months. Over the past few weeks, mostly since leaving my job, I’ve been feeling far more relaxed about this whole ‘having a baby’ thing. I’ve felt less stressed and dare I say it? I’ve kind of been enjoying pregnancy this past week. With how my first and second trimesters have been going, I never thought I’d actually get to this part and so for me I feel like this is a big step.

So if you didn’t know (because I certainly didn’t before getting pregnant) the second trimester runs from week 13 to week 28 (or there abouts) and mine started off with a continuation of morning sickness – the joys! If you’ve read my 18 week pregnancy update or my 23 week pregnancy update you’ll already kind of know how I’ve been feeling during my second trimester but I thought I’d just do a round up post for you all and also add in the last 5 weeks that haven’t made it to the blog so far! I suffered quite a lot with morning sickness up until around week 20 which was pretty horrendous but looking back on it now could have been work/stress related from week 16-20 as since I’ve been off work and not had the daily stresses there, I haven’t actually been sick or felt nauseous at all. Morning sickness is definitely not pleasant at all and to be honest originally it was the only symptom I’d ever really known about pregnancy; I feel like I went into it all a little naïve and suffered a lot more than I ever thought I would. Looking back at those first 20 weeks now, I don’t really remember the sicky feeling (thank god) but still definitely would not want to be back in that position any time soon. 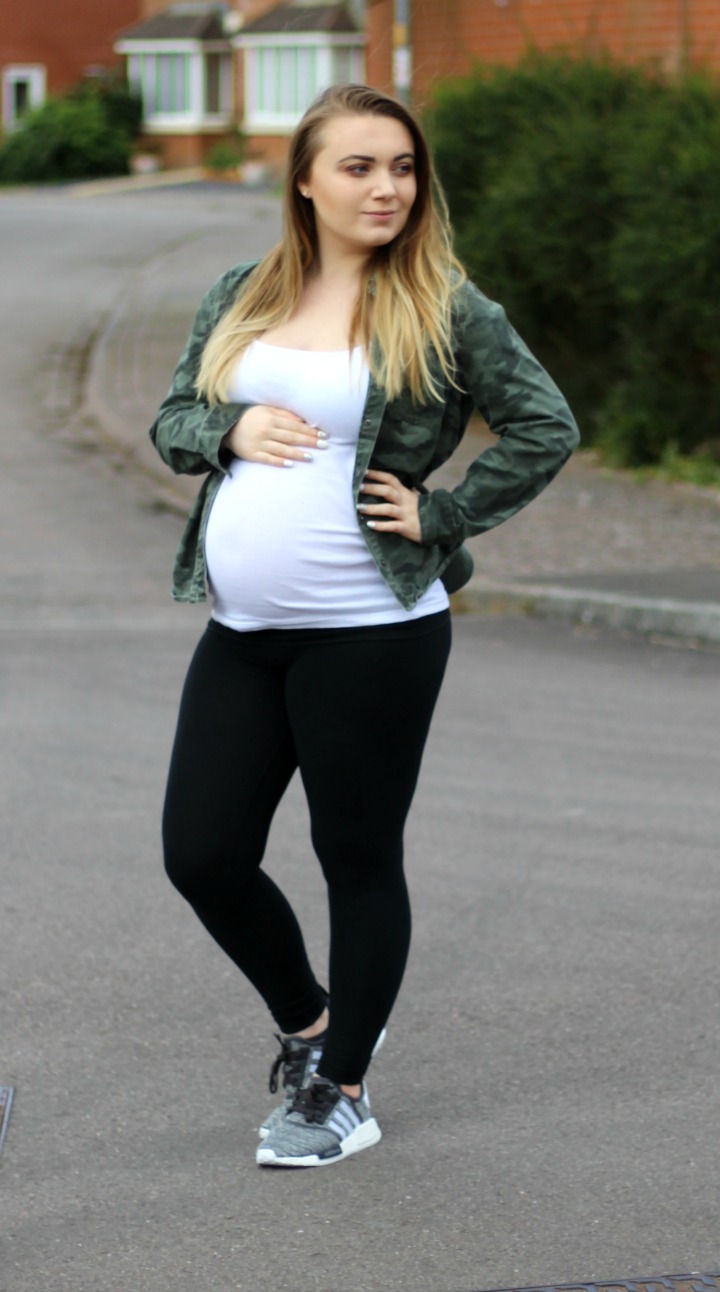 I really suffered with pre-natal depression during my second trimester and although that has still most definitely not disappeared, I feel like I really suffered with the worst of it during my second trimester. The majority of my initial thoughts on my pre-natal depression were journaled in my 23 week pregnancy update and since then I feel like I’ve come quite a long way with how I’ve been feeling. I’ve had weekly appointments with my midwife for heartbeat reassurance checks of my little bubba to keep my anxiety in check and to have a chat with her about how I’ve been feeling each week (she is a total babe and honestly I don’t feel like I could have got through a lot of this without our chats). I’ve also been seeing a cognitive behavioural therapist (I’ve seen him twice now) and we’re trying to work on my anxiety as I think a lot of my depression stems back from how anxious I am about everything going wrong and my baby girl not being okay (even though I have no reason not to think she’s going to be okay). I’m not too sure if it’s a therapy that is working for me so far, but I’m giving it a good go as I’d do anything except tablets to improve my mood and mindset. I’ve also since quit my job and although this isn’t something that I’m going to go into in too much detail about, I feel much happier and less stressed overall since I’ve finished.

As for other symptoms during my second trimester there haven’t really been that many; my pelvic girdle pain has been coming and going and effects me some days more than others and I’ve been experiencing shortness of breath like there’s no tomorrow but other than that there haven’t been too many things that I’ve noticed. One thing that has been a massive pain in the ass though, or should I say pain in the front is where my daughter prefers to position herself. She’s definitely taken to laying really low in my belly and I get the worst pressure feelings ever just above my pubic bone which can sometimes be really painful. I love her to bits already but my god that girl knows how to get her mummy into a painful situation! Apart from that and the growing size of my ass, the second trimester (or at least the second half of it) hasn’t been all that eventful.

My bump has quite noticeable taken shape and even though baby girl is measuring on the slightly larger side right now, they’re not too concerned at the moment and are happy with the way she’s growing. I will be going in for a growth scan in the next couple of weeks just to double check this though, but as she’s steadily growing now (unlike her spurt two weeks ago) I’m happy too that I’ve got a healthy baby girl. If you want to get regular bump updates make sure you go and follow me on Instagram as I post weekly bump shots over there!

The heat is most definitely getting to me and the chaffing of my thighs has been horrendous, but overall I’m feeling much happier now that the countdown to my baby girl arriving is coming along a lot faster. The days seem to be whizzing by and I know that I’ll be packing up my hospital bag before I know it! Sorry this update hasn’t been all that eventful, but in a way I’m kind of glad I’ve not had much news to share – all is growing well with bubba and that just makes me really happy! I’ll have another update for you at around the 32 week mark as I should be having my scan then but as always do let me know if you’d like any specific blog posts on my pregnancy and don’t forget you can always pop me a message on Twitter too!