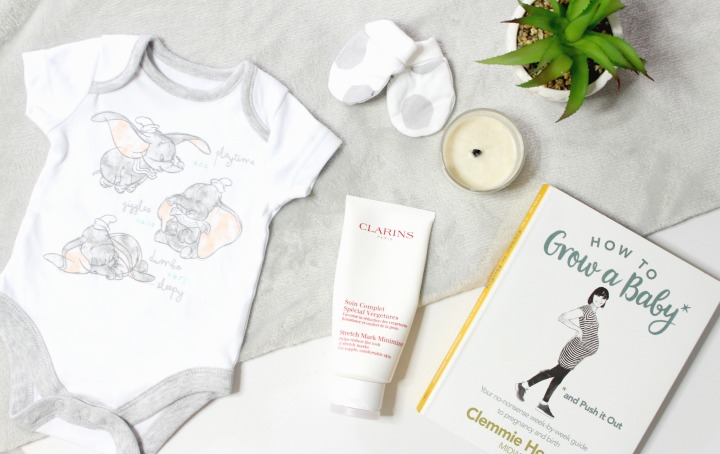 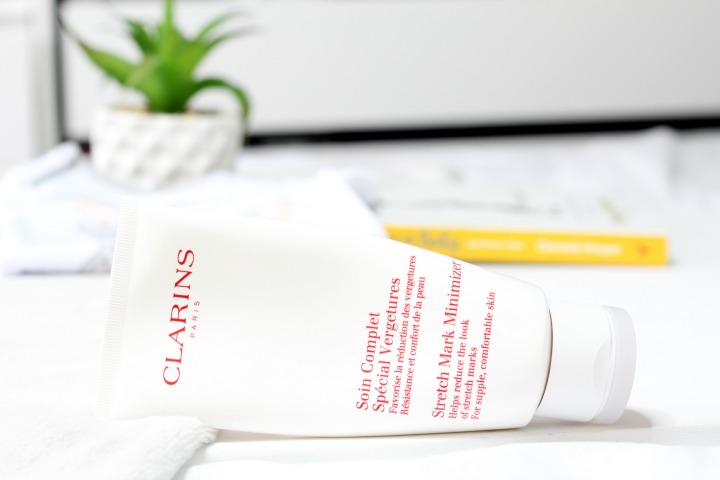 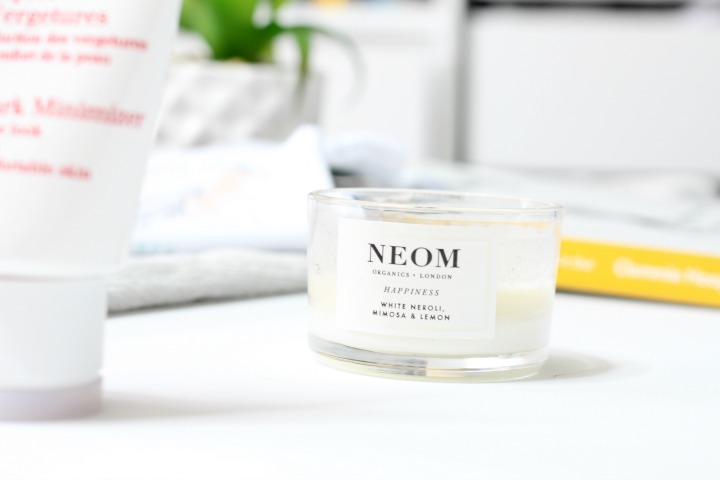 For the first 14 weeks of my pregnancy I would complain every day that it was all going so slow. The weeks dragged and with my sickness more or less an every day thing, I really could not see the light at the end of the tunnel. All I wanted was to see that finishing point where I would finally get to hold my baby boy/girl. Now though, as I’m writing this just into my 18th week, I’m realising how quickly this past month has gone. Ever since I started back into a full time job, the weeks are just whizzing by and part of me is quite nervous that I’m only two weeks away from the half-way point. I’m half way to holding my baby. THAT IS MENTAL.

Part of me now is starting to actually doubt that I’m even pregnant. It sounds stupid (and believe me I’ve kept this to myself for so long for fear of sounding ridiculous) but over the last couple of weeks I’ve doubted myself. Yes, my bump is starting to poke out a little bit now, but for the most part I’ve been staring at myself and thinking ‘you’re just fat’ and no matter how many times I look at those gorgeous prints of my scans and see the outline of my baby, I still doubt that he/she is in there. I mean, I can’t feel anything and besides the morning sickness (more on how that’s come back to bite me in the ass in a second) and the agonising back pain that I’ve been in, I don’t feel pregnant. There’s such a huge part of me now that is just dying to feel those first few little kicks to tell me that everything is okay and that I am in fact going to have a baby in the next 22 weeks.

That’s another thing that’s been really getting to me, the time in between appointments right now is silly. The last check up I had was with my midwife at just over 15 weeks and ever since that day, I’ve been eagerly waiting for my 20 week scan appointment letter to drop through my post box. I don’t know if this is just be being overly paranoid and impatient, but it’s such a long wait! Luckily, we’ve got a friend who is currently studying to be a midwife, so when my paranoia spiked to a whole new high last week I was able to message her for some reassurance, but to me, 5 weeks between appointments is silly! At the moment I have no clue how my baby is doing and it’s driving me crazy waiting. I think a big part of that though is that I’m also waiting for our 20 week scan to confirm whether we’re going to be having a little baby boy or girl; I know a lot of people like the surprise that comes with not knowing what you’re having, but with me, I so desperately want to know. I’ve even been trying to convince Steve to pay for an early gender scan but unfortunately, he’s been having none of it. I guess one thing I’m considering myself quite lucky about is the fact that due to some early on tests, I do get two 20 week scans, which means two more opportunities to see my baby – so I guess I can’t grumble too much about that!

For symptoms up to week 18 so far, there are two that really stand out for me the most. The first being back pain that is ridiculously painful. I first started getting this at 15 weeks + 3 days, the same day I had my ’16 week’ midwife appointment and at first I thought it was just a growing pain as it started off in my left thigh. As the appointment progressed the pains started to shoot down the front of my left thigh and became so painful that I was trying to press down and put as much pressure on it as possible to try and ease it a bit. I ended up telling my midwife about it and she said that if it started going round to my lower back, this could be something called Pelvic Girdle Pain. Through the rest of the day this did move to the lower left of my back and became incredibly painful to walk on and resulted in many tears when the paracetamol did absolutely nothing to calm the pain. Ever since that lovely day I’ve suffered really badly with this pain and have actually got a referral in with the doctor to see a physio about it to try and help sort me out or at least relieve some of the pain.

As for the second horrendous symptom, you’ll be delighted (*cough* sarcasm *cough*) to know that my morning sickness has returned all of three and a half weeks after it so amazingly disappeared. This has been the most annoying and horrible symptom so far; pain I can deal with in many ways, but constantly throwing up and being exhausted is not something I want to ever get used to. Especially now being back in full time employment, the morning sickness is really getting in the way of my work. Although I must say, my lovely manager has bought me a sick bucket to put under my desk along with a box of tissues and some flannels for when I’m desperate and can’t get to the toilets (which are a good two flights of stairs down at the moment). The morning sickness hasn’t returned quite as persistent as the first time around I must admit and I have so far had a couple days on, a day or so off and then back to throwing up again, which does give me a much needed break in between to get stuff done. At first the thought of it ending was what was getting me through each trip to the toilet, but now that mum has so kindly shared that her pregnancy was nothing but sickness, I’ve kind of given up on that hope and have just settled on the fact that I might not stop being sick throughout. Sigh.

*extra* – I’ve written this paragraph in as a little extra as I’m literally about to post because I actually wrote this mostly the last day of my 17th week of pregnancy and since then, on the first day of my 18th week I had a little bit of a hiccup and a freak out. I stressed myself out so much at work and with how I was feeling about my baby (as I mentioned above) I just got myself in a panic and ended up in tears to my midwife on the phone where she invited me in to my birthing centre to just get a quick check up. I ended up chilling out almost as soon as I got there; I don’t quite know what it was, whether it was knowing I was in a safe place and would be in good hands if anything had happened or if it was because I’d left work and removed myself from the stress, but I instantly felt like I could just sleep.  The bed was so comfortable! I had the baby’s heart beat checked and it was so strong and healthy and so incredible to hear, I relaxed immediately and started having a little cry at just the relief of knowing my baby was okay.

Onto a slightly happier note now though, I thought I’d share with you quickly a couple of products that I’ve been really loving this past month. I’ve only decided to include a few here as I do want to do a post shortly on my ‘must have pregnancy products’, but for now I thought I’d just show you two / three that I can’t get enough of!

My stretch mark cream of choice for the past couple of weeks has been the Clarins Stretch Mark Minimizer Cream  which is so lovely and light to apply and dries within minutes of me rubbing it generously all over my bump, boobs and lower back. I’m not usually one for body butters or body lotions as I am so impatient (if you haven’t already been able to tell from the rest of this post) and can’t wait for them to dry, but with this one being so light, it’s been perfect to apply before work. The cream itself is apparently great for preventing future stretch marks and for reducing the appearance of pre-existing stretch marks, so I’m looking forward to seeing the results post-baby and hopefully by lathering it on as I am, I will have barely any! I have to admit, as trivial as it is, I am quite scared about adding more to my collection (I already have a couple on my thighs from weight gain when I was younger).

Another product I’ve been loving during the last couple weeks of my pregnancy has actually been a book. Clemmie Hooper’s ‘How to Grow a Baby and Push It Out: Your no-nonsense guide to pregnancy and birth‘ has been a bedside read for me for around a week or so now and I literally can’t put it down. It’s quite scary how honest some of the accounts are, but over all, it’s so insightful and helpful to me. It answers those questions that I’m kind of too embarrassed about asking anyone else and has a straight-forward approach to not sugar coating things and it’s exactly what I’ve wanted from a book about pregnancy. Best of all, it’s written by a midwife who has four children, so definitely someone I respect the opinions and advice from!

Last but not least for this post, I’ve been loving the Neom Happiness candle with scents of White Neroli, Mimosa and Lemon. I’ve loved burning this when I’ve felt a little more on edge as to me, this is so relaxing and the perfect scent for calming me down.

I’ll be back in another couple of weeks with another update post and even more excitingly a post in a couple of weeks for our Gender Reveal post! I’m loving writing up my updates so far and would love to know if any of you have any requests for the kinds of pregnancy posts you’d like to see from me!

Don’t be afraid to leave a comment below to suggest anything or to even to just discuss pregnancy and babies!