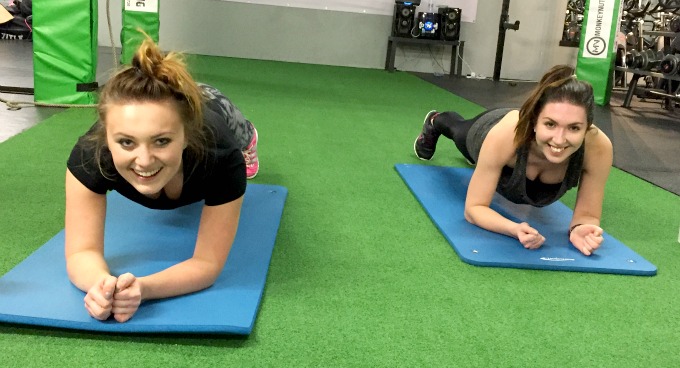 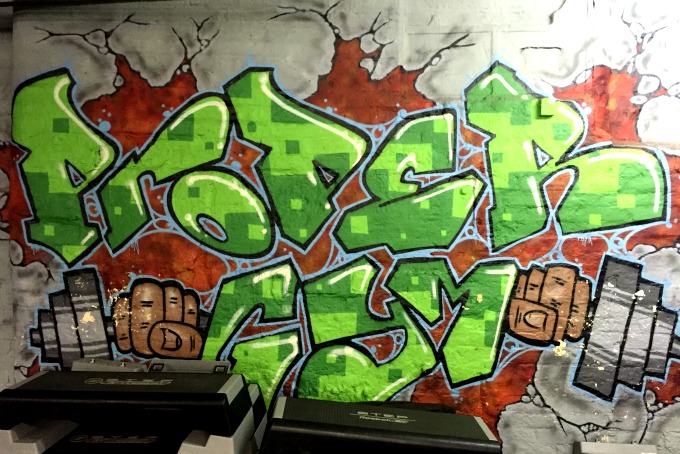 For the past couple of week’s I’ve been getting back into my stride a bit with working out and getting ‘back into’ my fitness. Exercise and I have had a bit of a love-hate relationship ever since I’ve moved to Manchester and it’s not like me at all to be out of exercising for too long. When I live back home in Wiltshire I was exercising 3/4 times a week and I think that was mainly due to the Bootcamp classes that I attended twice a week and the fact that the Health Club that I attended had the most relaxing swimming pool and sauna ever. I’ve never really gotten on with going to ‘the gym’ in the traditional sense of getting on the treadmill or exercise bike and going at it for half hour at a time; that bores me senseless and just has no appeal to me. I’m definitely more of a body weight exerciser and in all honesty I like getting down and dirty when I work out. Bootcamp was always so much fun and I think it’s that aspect that I miss most about getting fitter. I might look like your typical girly girl, but when it comes to rolling around in the mud and army crawling my way to a stronger / more toned physique there’s nothing I love more. In Manchester I’ve struggled to find anything similar without having to travel to far out of the City centre and I think that’s why I haven’t exercised as much.. That was until I saw an ad on Facebook for a ‘Bear Strength’ Warrior Fit class at Proper Gym in Ancoats, Manchester just around the corner from my flat. It sounded just up my street and the instructor (Darren Craven) sounded really enthusiastic about inviting me and another couple of bloggers long to try it out.

Taking the plunge and in an attempt to make a couple more friends up here I messaged Hannah (from Hannah Gets Hench) and asked if she’d like me to pick her up and drive us both to the class. Even though it wasn’t far from my house it was still going to be dark as the class finished at 9pm and even though I’d probably be really safe walking home, it’s not something that either of us liked the idea of.
We rocked up to our first class and neither of us really knew what to expect. I mean, I’ve been to bootcamps before but I know that every instructor has a different approach to the way they train. Darren definitely did not disappoint and we spent the entire warm up jumping around the space like animals to get our muscles working. I tell you now, after so many months off training hard it was definitely a shock to the system!

– Monkey Lunges – Squatting as low as we can and walking slowly in the squat position around the room. This one is a killer!
– Bear Crawl – Exactly as it sounds, down on all fours and crawling like a bear as fast as you can!
– Gorilla Jumps – Again on all fours however this time leading with your hands and then jumping your back legs forward at the same time to meet them. Just like a Gorilla would!
– Sprints – Self explanatory, 5 sprints as fast as we could from one end of the room to the other.

And that was all just the warm up! By this stage myself and Hannah were already suffering a little but we put up a good fight and didn’t quit!  The Main section of the session was made up of Interval training, something that I’ve worked on with my old Personal Trainer for the last year or so, so I was definitely ready for the pain that it brought with it!

30 seconds work / 10 seconds rest – repeat X5
– Downward Dog (yoga pose) into a push up
– Prison Squats (hand behind your head looking straight ahead)
– Mountain Climbers (plank position and one by one bring in your legs so your knees are as far under your chest as you can get them)
– V-sits – Holding the ‘V’ sit position for the 30 seconds – waaaay worse than the plank!!

We then played a bit of a ‘team game’ (never a good thing to hear when you’re in these kinds of classes) where a deck of cards decided our torture! One by one we picked out a card and depending on what the card was we had to do a different exercise. All in all we ended up doing around 30 Squat Jumps, 30 Burpees, 30 Leg Raises, 40 Explosive Start Jumps and 40 Press Ups! Not really my idea of a ‘fun’ team game! Here I’d just like to say a massive Thank You to the guy who pulled out the ‘Ace’ meaning we had to do all exercises at once!

I had such an amazing time at my first class and have actually been back twice already (sorry for the late posting). Warrior camps / Boot camps like this are definitely my favourite as they put you through your paces and make sure you work your little butt off. If you’re like me and don’t really get on with the gym lifestyle then I really recommend classes like this – they’ll definitely change your mind on how boring exercise can be! I’m hoping to do some more fitness posts / healthy eating posts soon so I’d love to know what you would like to see, let me know in the comments!