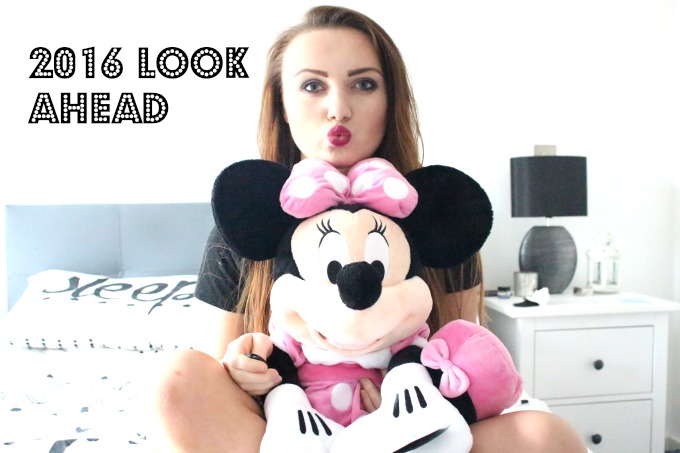 Happy new year! Can you believe that it’s already 2016? And can you believe that you’ve probably ready that exact statement 100’s times by now? Sorry I’m so late to the party! I have taken a bit of a longer break for the holidays than I had planned to. For a while I felt like I was on top of everything that had happened in the second half of last year but apparently I hadn’t. It’s taken a very long time for things to hit me and when they did I really didn’t like it. Quiet honestly, without this sounding too much like a therapy session, I’ve been a bit of a mess. I lost one of my closest friends in 2015 and within two weeks of that happening I moved away from my family and his family and moved to Manchester with my Boyfriend. I did okay and I thought I was happy but underneath it seems like I was just hiding my true feelings. Losing Scott has hit me harder than I ever thought it would. Not only was he one of my oldest and closest friends, but he was like a brother to me and had been for the whole 18 years that I’d known him. The Christmas break gave me a lot of time to be with all of the people that I left behind and gave me a lot of time to be a slob, sleep in to when I wanted and not focus on my blog or work and all of the emotions that ‘should’ have hit me in the beginning suddenly hit me all at once. Now I’m sat on my bed two weeks on from Christmas and in all honesty I’m still a bit lost. I haven’t even wanted to write any blog posts up until now which is definitely not like me.

A lot of things happened in 2015 that I don’t want to forget about but I don’t quiet want to remember all of them either. 2016, I’ve decided, is going to be my year and I am going to completely write off this crappy start that I’m having and start afresh. Again. This year there is nothing that I want more than to enhance my blog even more. My blog has gone from strength to strength in 2015 and I can’t wait to keep that up in 2016. It’ the one thing in my life that has been constant for the last 2 and a half years and is definitely something I’d like to hopefully turn into a career one day. But for now that’s not really viable so that’s just been motivating me even more to keep going and to do the best that I can at BekyLou!

One of the main things that I’m looking forward to in 2016 is DISNEY WORLD. As you can see from above, Jordan bought me a freaking gigantic Minnie Mouse cuddly toy and he actually bought himself the Mickey version too and they have literally gotten me so excited for Florida it’s crazy. I can’t wait to get away for two weeks and just be the biggest kid ever. I’m quite lucky in the fact that Jordan is just as excited as I am, we both really wanted to go to Disney and Universal and so to be able to have actually agreed on it and booked it already is just so cool and I am so excited, can you tell that I’m so excited? It’s the biggest thing that I’ve actually saved for and been able to afford and I can’t wait to get out there, get on the rollercoasters and go shopping in the Florida Malls! I honestly thing the rollercoaster and rides are the things I’m most looking forward to though. I’m a massive adrenaline junkie and love everything crazy like that.

Speaking of crazy, I’m also really looking forward to doing my second Skydive of 2016. Yep, you heard me correctly, my second! I recently jumped out of a plane for charity in memory of Scottie and I tell you now it was the most incredible experience I’ve ever done. It definitely takes being an adrenaline junkie to a whole new level and I cannot wait to do it again. There’s something about plummeting through the air at 125mph and then floating above the earth over looking everything that is just so peaceful. Honestly if I could do it every time I felt stressed or fed up then it would be at the top of my de-stress list. I can’t even truly describe the feeling of being that far up in the sky floating down, it’s the most amazing thing and I am so proud that not only I achieved it and managed to raise so much money for Wiltshire Air Ambulance (around £1500 myself and £10,000 in our group) but also that I enjoyed it. I say ‘no’ to doing things so often that I miss out on so many opportunities and I’m so glad that Scottie’s girlfriend managed to twist my arm on this one. I will never forget it and cannot wait to get back in the harness and do it again. I must be mental!

2016 is also the year that I hope to enhance my wardrobe, compared to the other two things that I’m most looking forward to this one is a little lower down on the ‘omg this will be incredible’ list but it’s something that I’ve really wanted to step up for quite some time. I’m hoping that by getting back into my gym routine and toning up, I’ll feel more comfortable in more stylish and fashionable clothing. I’m also hoping that will mean more fashion posts on BekyLou, something that I really tried to do last year but am even more determined to include this year!

I’m sorry that this has been such a rambly post, but I think that sometimes you need to have a good old blurt out on your blog – saying that I do hope this is one of very few of 2016! It’s actually taken me around a week to fully put this post together!  What are you looking forward to this year? I’d love to know what mental things you’ll be up to!