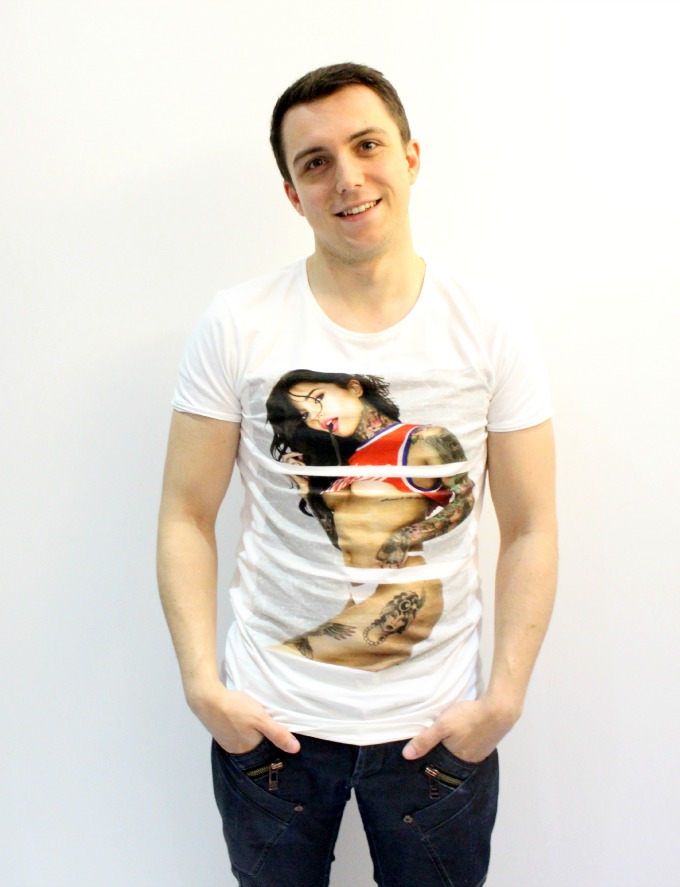 It’s come to my attention that although I’ve mentioned my boyfriend on here several times, I haven’t ever actually properly introduced him. So this post is dedicated to my main squeeze Jordan. This year we’ve been through a lot together; the main thing that pops to mind being that we moved out of my little home town and into Manchester City Centre! We’ve been together just over a year now and I couldn’t imagine what my life would be like without him now, I definitely wouldn’t have made this big jump to a city so big and so far away from my parents without him! So with that in mind and with him wearing a freshly delivered T-Shirt from Reem Clothing  curtosey of Etail PR, I thought why not let Jordan write the rest of todays post… with a little BekyLou magic ( I couldn’t let him completely run free with my baby, could I?)

At just short of 23 and working in the big scary business world I have recently left most causal t-shirts behind and swapped for the smart ‘grown up’ look of shirts and suits (as ruled by ‘The Man’). My T-shirt criteria has therfore tightened and less get bought due to more costly clothes that I wear to work taking up lots of my shopping budget each month. For this reason I love finding shops like Reem Clothing that do stylish designer t-shirts at reasonable prices, this Original Geek Split T-Shirt* is a simple picture print on a white t-shirt, exactly what I go for; I actually have quite a few t-shirts like this with girls on! It seems to be a popular design for teenagers and young men who aren’t quite ready to fully leave their youth behind! I’m not a big fan of fussy patterns and most others on Reem Clothing’s website are similar to this with some being a little busier for a bolder look and others just sporting a simple logo which are perfect for casual days. The quality of print on this t-shirt is also not like those on similar (but cheaper) t-shirts; the image is printed onto the fabric rather than it being a transfer which means the t-shirt won’t fade as quickly or get those annoying cracks in the image. Although I haven’t worn it for too long just yet, it’s clear that this isn’t just a cheapie t-shirt and you can see that in the quality of the stitching and how it’s been sewn together.

Beky’s been trying to drag me into helping with her blog for some time now, starting off with proof reading and taking all of her bloody photos (which I have to say I’m quite good at, right?) it’s nice to finally have some input into an actual post! The majority of  beauty/fashion blogs are female orientated so it’s nice to have a bit of a mix and even for the female readers (I’m guessing most of you) I’m hoping I will be able to give good advice and maybe gift ideas for the men in your life on the lead up to Christmas! Beky is already bugging me to post again soon! 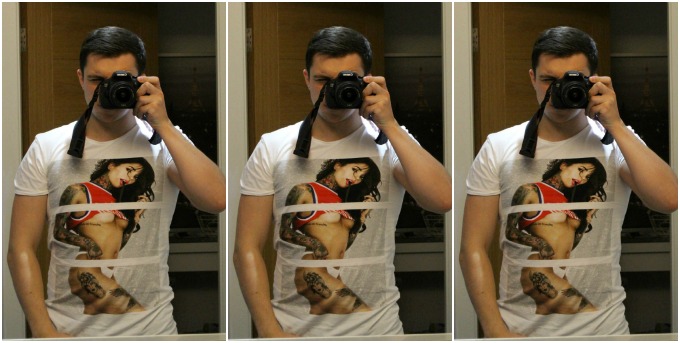 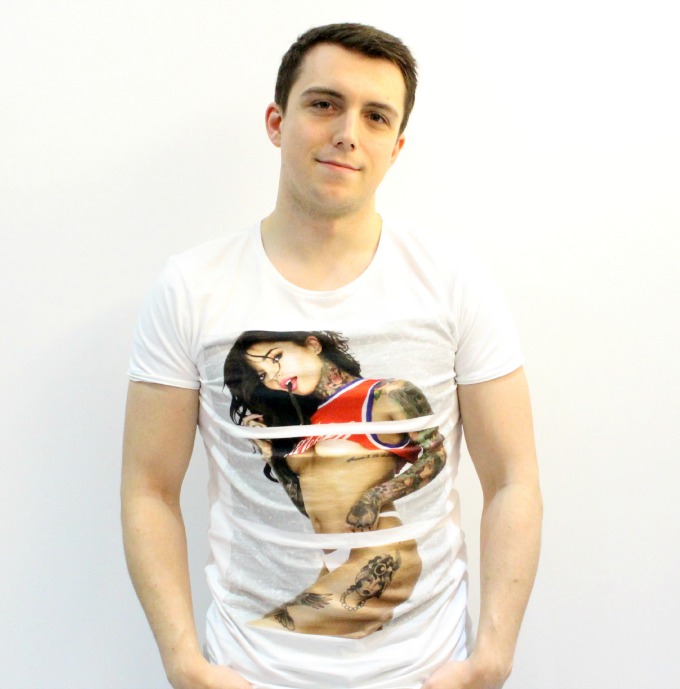