I often get asked by family and friends what skincare is best for Men and if I’d ever thought of promoting it on my blog. Before now, I’d never really thought much into skincare for men as I haven’t  had a boyfriend who’d ever been interested in taking care of their skin. Now that I’m with Jordan I thought that it would be the best time to kick start a post dedicated to skincare for men. Jordan is a guy who is proud of his appearance and so even before I met him, skincare was already somewhat part of his daily routine, however unlike for us girls that like to spend on their skincare (after all it is our face that we are investing into) he doesn’t like spending money on these kinds of products at all. So when the opportunity for him to try out some of the Clarins Men range arose he jumped at the chance to give his face a cleansing overhaul! 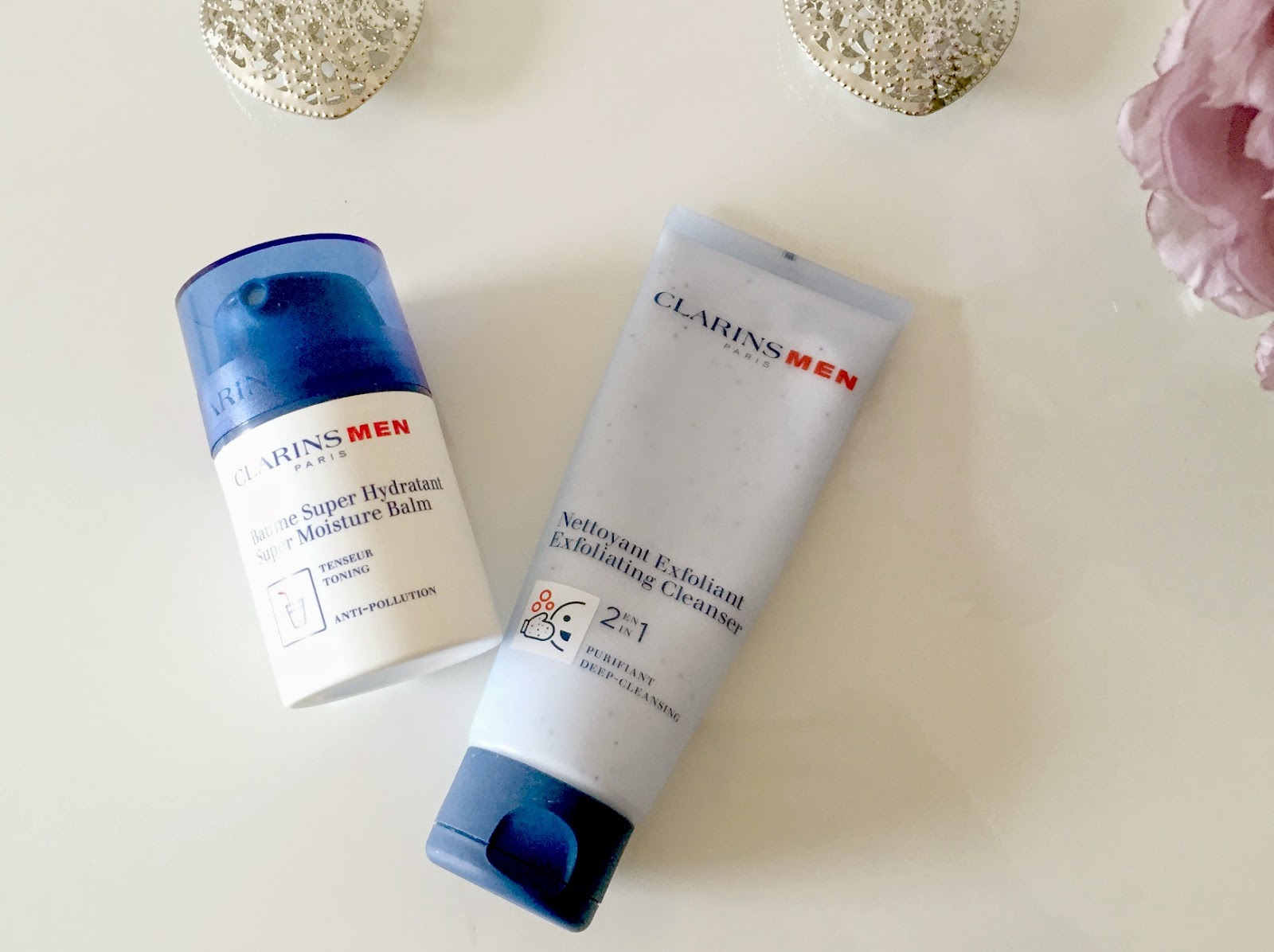 Having usually used high street cleansers in the past Jordan didn’t really think that there would be much difference between them and High End versions; however after using this product for just over a month now he’s really noticed a change in his skin. The gel formulated cleansers he’s previously used have only ever kept his skin feeling fresh and clean for a couple of hours but with using the ClarinsMen Exfoliating Cleanser* his skin has been feeling fully cleansed right through to the next day. I think the main thing he’s been loving has been the exfoliating beads within this product, not only have they gotten deep into his pores to remove mucky build ups (especially around his nose), but they’ve also buffed away any unwanted dead skin cells leaving his face smoother and more radiant. The soapless, creamy formulation that Clarins have used within this cleanser has definitely helped the look and feel of his skin. Not only has this cleanser worked wonders on reducing the number of blemishes that he’s had, it’s also done a great job of preventing further ones from developing – especially after shaving. Having suffered from dark circles under his eyes and also rashes after shaving for as long as he can remember (the dark circles being something that has somewhat upset him) he’s always been on the look out for a products to reduce the darkness and irritation. The ClarinsMen Super Moisture Balm* has hit the nail on the head for both issues and more noticeably Jordan has seen a dramatic change in the circles under his eyes. The Moisture Balm has really reduced the dullness under his eyes and has allover brightened his skin – a lot of compliments have been thrown his way since using it as well as comments on whether he’d been getting more sleep recently (answer: no – he’s still up at the crack of dawn for trackside work at least once a week and stubborn with bed time rules when it comes to playing GTA). He’s been really impressed with this moisture balm and so have I, it’s definitely made his skin so much softer and more radiant. The one thing he has mentioned to be a downside is the price, for £29 it is a great moisturiser and does tick all of the boxes for him, but not something that as a guy he would be willing to pay every time this pot ran out. To stray away from this issue he’s cleverly decided to keep this as a ‘once a week’ moisturiser to rejuvenate his skin and will be buying a more affordable daily moisture balm.

Have you or your boyfriends ever tried ClarinsMen before? I think it’s definitely something that I’ll be  purchasing for him again in the future!