One of my all-time favourite films has to be ‘Confessions of a Shopaholic’. I don’t know about the rest of you but something about the story just connects with me so well. Maybe it’s because the protagonist is called Rebecca, or maybe it’s the fact that she’s a journalist and I’ve always wanted to be one. Or maybe, just maybe, it’s the fact that I could possibly be verging on being a ‘shopaholic’. 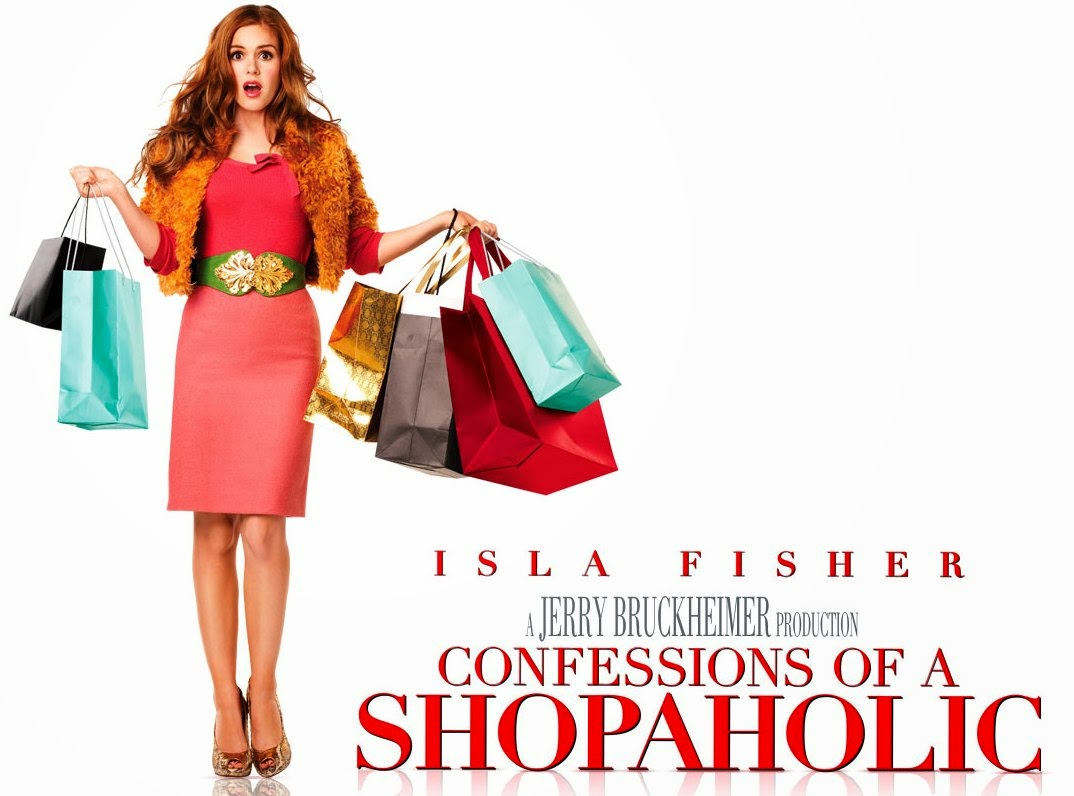 It’s not something that I’m proud of, or something that I would like to ‘put a label on’, because seriously, who would like to be pronounced as a shopaholic? Definitely not me. But, I like to shop. I like to hand over crisp notes in exchange for sparkling new products, wrapped in pastel coloured tissue paper and nestled nicely in a neatly folded paper carry bag. I like to save and I like to feel like I’m not penniless, but at the same time, If I haven’t shopped for a while, I start to feel a bit of a loss. It’s like Rebecca says in the film ‘(I shop) because when I shop the world gets better’, for me, I find myself shopping more when I’m a little down. Like recently, I broke up with my boyfriend and that made me really sad. Because of this, I bought the Urban Decay Naked Palette and then a couple of days later I bought the Urban Decay Naked Basics Palette and then an hour after that, I bought myself an Illamasqua Lipstick (That last one was in the sale, but then again, as they say in the film, sale shopping is still shopping). It really is true, for me at least, buying things makes me feel better and then as again, Rebecca says in the film ‘then it’s not (better) anymore and I need to do it again’. That’s exactly how I feel. It’s like the initial excitement disappears altogether and then I feel empty again. Empty enough that it’s as if the online stores and the shops around me are just calling my name over and over until I buy something else. It makes me happier… for a second.

One thing that I’ve never been, is in debt. I’ve had to deal with no money for a week or two before payday occasionally, but I’ve never actually owed anyone anything. I make a rule of not having credit cards and an overdraft is a definite no-no! I think this is a massive step in me not getting myself into a situation like Bex in ‘Confessions of a Shopaholic’. Having the same name is one thing, having the same passions for fashion and beauty shopping is another, but having the same debt issues as her is something that I’d never wish to have. I’ll be doing everything I can to try and stop my crazy spending before it spirals into something really out of control and I though that this would be the first in a series of posts to help other ‘Rebecca’s’ in my situation. We don’t NEED to keep spending, but it’s something we like to do, to make us feel more secure and ‘happier’.

I’d love it if some of you would like to join in with this series of mine. If you have any tips or tricks for saving instead of splurging then pop me over an email to : beky.lou94@gmail.com and I’ll feature some in my next post.

Check out my GIVEAWAY here.